Can You Attend Wedding After Funeral?

Most cultures and traditions have their respective beliefs and superstitions that are passed on from generation to generation. These superstitions are strictly followed most of the time to prevent tragedies and bad luck that are said to be the direct consequences if someone doesn’t follow them.

Some of the common beliefs that you might have heard have something to do with funerals and weddings. Can you attend wedding after a funeral, though?

It is a common practice to avoid attendance or even canceling the wedding completely if either someone attended a funeral first or one of the relatives of the bride and groom passes away before the wedding day. The belief is upheld and followed as a way of showing respect to the deceased and stopping bad luck from entering the new life of the couple.

As the world becomes more digital, you might think that this tradition is no longer relevant and that some people might no longer practice such an old belief. You might even question if attending a wedding after a funeral really brings bad luck.

Although there might be a customary answer if disobeying the belief does affect the marriage, there are still a lot of people who follow this superstition because of precautionary measures and as a way of showing respect to the elderly people to continue to uphold the common belief.

Below are other common beliefs and superstitions related to weddings and funerals:

It is a common Chinese belief that you might need to remember. The belief states that if you have plans to attend a wedding but your relative or friend dies, you need to attend the funeral and cancel attending the wedding.

It doesn’t matter if the couple is a relative or a close friend because their wedding doesn’t have the same level of importance as the end of the life of a person. The funeral is still a priority over weddings for most people as a way of showing respect to the deceased.

After all, you can still celebrate with the couple on their anniversaries, and many will understand you are grieving for someone.

More importantly, it is believed that attending a wedding after you attended a funeral might only bring bad luck to the newly married couple. It might cause unnecessary problems and quarrels, and worse, it might even result in divorce. 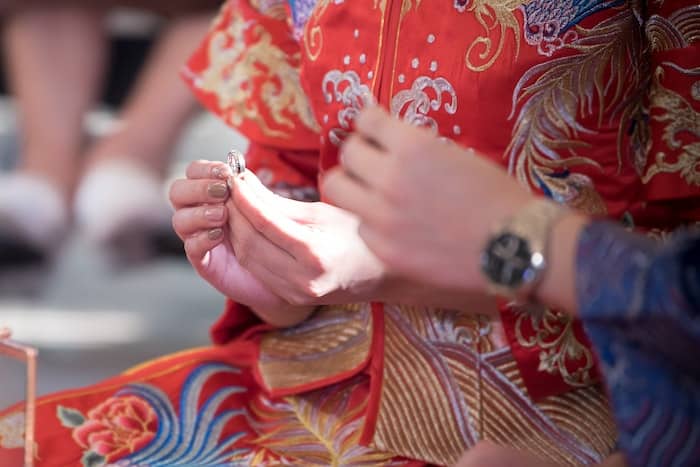 It is another widespread belief when it comes to funerals and weddings. The bride and groom’s parents are among the most important wedding guests because they will be the ones to bless the couple as they share a new life together.

Thus, even if the couple already spent time and money on their wedding plans, if one of their parents passes away before the wedding day, it is a must to postpone the ceremony for a minimum of 100 days as a way of showing respect for the parent’s untimely death.

It also allows enough time for grieving and showing care and love to the deceased before any celebrations.

Another common superstition has something to do with the bride and groom not being allowed to attend funerals or visiting someone in confinement three months after and before their wedding.

Attending a funeral may lead to a mix-up of bad and good luck that might penetrate their marriage early on. Elderly people also warn couples against attending funerals.

If one of the relatives or friends of the couple is in confinement in a hospital because of labor or sickness, they also need to avoid visiting within a period of six months because it might bring them bad luck and affect the early stages of their marriage. 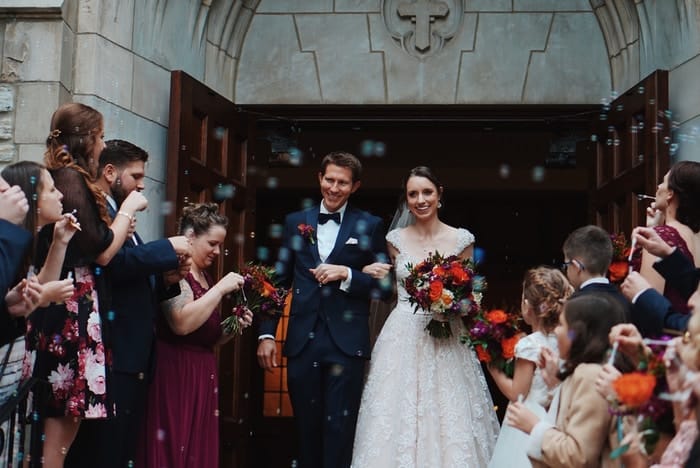 Some couples attend weddings before their own hoping to get some ideas about the wedding reception and ceremony. They want to see what happens during the wedding with their own eyes so they can list down things they should and shouldn’t do on their big day and prevent doing the same mistakes.

However, it is believed that it is a big no-no. Couples are not allowed to attend weddings three months after and before their own wedding day. It is said that doing so will cause a clash in the luck of their own wedding and the wedding they are attending.

Do You Need to Follow All Traditions about Weddings and Funerals?

Many of the above traditions are still being practiced to this day as a way of showing respect and keeping the marriage safe from the onslaught of bad luck.

People who know and understand these beliefs will also be aware of the consequences that may happen if they don’t follow them and still end up attending a wedding.

However, those who don’t believe in such superstitions might still need to let the couple know if they attended a funeral to get their opinion on whether or not they should attend the wedding.

Traditional couples will likely impose stricter measures to stick to their beliefs. For those who don’t believe in such traditions, on the other hand, you can just go and attend the wedding and hope that it won’t have any effect on the wedding and marriage in any way.

Some people follow such traditions but with a different time frame that depends solely on how superstitious or religious the couple or their own parents might be. Three months after and before the wedding is somewhat long and some couples try to shorten it to one to two months provided that they still adhere to the tradition.

Funerals and weddings are both important and sacred events. It is always best to respect them and follow certain superstitions and beliefs related to them.