How Long Does a Catholic Wedding Last?

Catholic Church teaches that marriage is a sacrament – a sacred sign and tool used to convey God s love. When two baptized Catholics marry in a Catholic church, they receive the graces needed to live out their lives together as Christ intended. Marriage is about two people becoming one flesh, and it is a lifelong commitment. 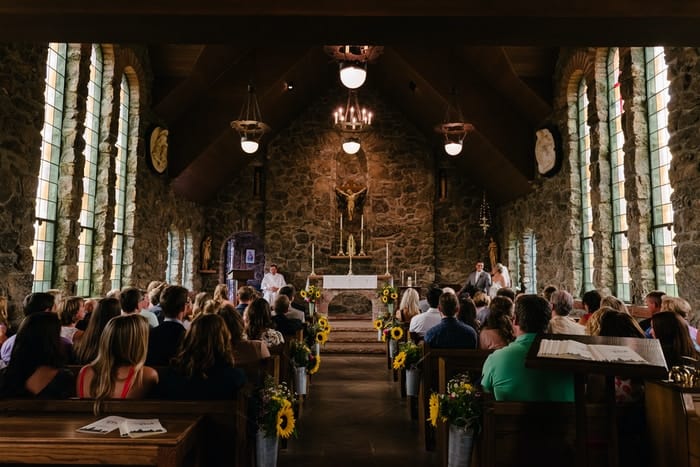 How Long Does a Catholic Wedding Last?

Catholic wedding ceremonies without or with Mass have several key structural differences that ultimately result in their variation in length. It is up to you and your significant other’s religious affiliations and preferences to decide if you want your wedding ceremony to be held with a Mass.

How Long Is a Traditional Catholic Wedding?

A traditional Catholic wedding ceremony is a solemn sacrament that usually lasts about 20-30 minutes. However, it’s not unusual for weddings to last an hour or more, particularly if there are a lot of readings and/or prayers.

The length of a Catholic wedding ceremony depends on the preferences of the bride and groom, the size of the wedding party, and the availability of the priest or deacon. 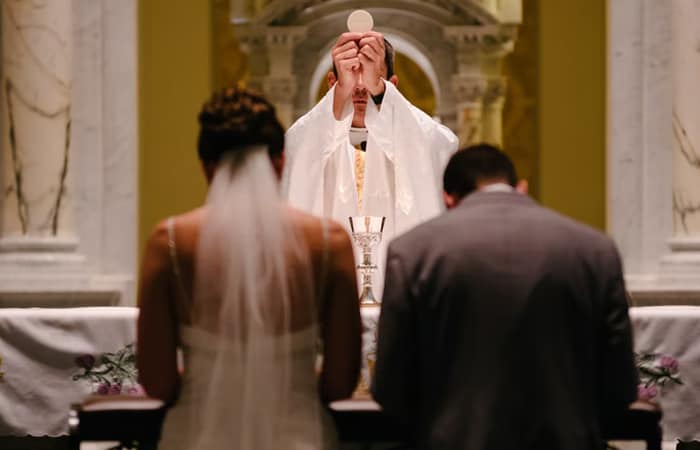 What Happens During a Catholic Wedding with Mass?

Aside from the addition of the Liturgy of the Eucharist, Catholic weddings held during Mass have several subtler differences from those held without Mass. These ceremonies are longer at 45 to 60 minutes.

The groom will enter from the church’s side together with his best man. The groomsmen and bridesmaids will often follow in pairs, while the maid of honor enters alone. The last person to walk down the aisle is the bride other with her father or any other male relative.

Guests who were already seated before the start of the procession will often stand when welcoming the bride walking down the aisle. In the “giving away the bride” moment, the father or the person who escorted the bride will hand her over to the groom. Guests can take their seats when the bride reaches the altar. The officiant signals them when to sit or stand.

Music is a crucial part of the procession as it marks the start of the ceremony. One song is often dedicated to the moment as the bride walks down the aisle.

Everyone will sing the Gloria after the priest greets the guest. The Penitential Act is excluded, and aside from this difference, the rest of the invocation stays the same.

Liturgy of the Word

Liturgy of the Word is the part of the Mass that is devoted to the Word of God where passages from the New and Old Testaments are read and lectured. This has six parts namely:

Liturgy of the Eucharist

This consists of the preparation and offering of wine and bread. There are two parts to it, namely the offertory song and eucharistic prayer.

The communion rite makes Catholic weddings with Mass longer since it takes more time for all guests to receive the Holy Communion if the guest count is larger. Here are the five parts of the Communion Rite:

The officiant concludes the ceremony right after blessing the nuptial. It consists of three parts, namely blessing, dismissal, and recessional.

The recessional or closing procession is where the bride and groom, the bridal party, and the priest or officiant will then exit the church with lively and upbeat recessional music playing in the background. 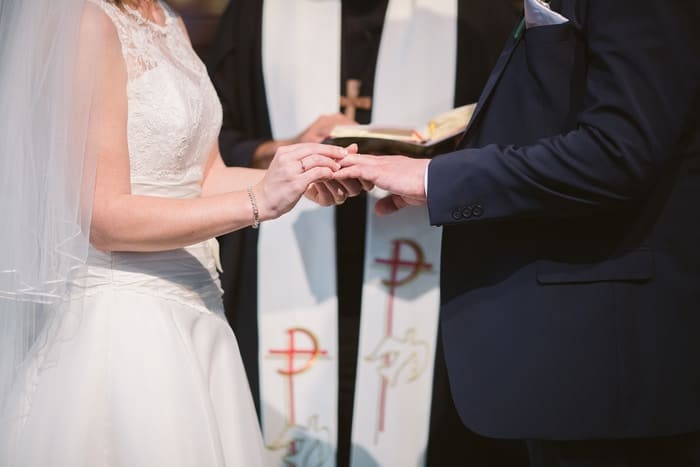 Can You Have a Catholic Wedding without Mass?

Catholics have the option to have a wedding ceremony without a mass. This option is called a Nuptial Mass and is great for couples who want to keep their wedding ceremony more personal and intimate. A wedding without a mass can still be beautiful and meaningful, and it can include all of the traditional elements of a Catholic wedding.

The bride and groom can exchange vows in front of their family and friends, and there can be readings, prayers, and music throughout the ceremony. A wedding without mass is a great option for couples who want to create their own unique ceremony, or for couples who are not able to attend Mass due to travel or other commitments.

What Happens During a Catholic Wedding without Mass?

Catholic wedding ceremonies with just the Rite of Marriage itself might last longer at only 30 to 45 minutes. Before the start of the actual ceremony, the prelude music might be played while the rest of the guests enter.

Here are the different parts of a Catholic wedding without Mass:

Invocation starts with the officiant or priest greeting the attendees. The couple will be introduced to the entire wedding reception.

While optional, the invocation also includes a part where the officiant or priest asks the guests if someone present has reservations about the marriage of the couple. Today, this question is only a rhetorical question, and a legal reason should back the grounds for objection to the marriage.

The priest will lead the opening prayer, with at least one of the several prayers dedicated to the couple.

Liturgy of the Word

The Liturgy of the Word in wedding ceremonies observed during Mass is identical to those outside Mass.

Also called the Rite of Marriage, the celebration of matrimony is where the priest addresses the couple, acknowledges their presence in the church, as well as their desire of having the Church recognize their union.

The priest will also call for the Lord to strengthen and bless the commitment and love of the couple. The celebration of matrimony in Catholic weddings outside Mass consists of nine parts, unlike that with Mass which only has eight parts. 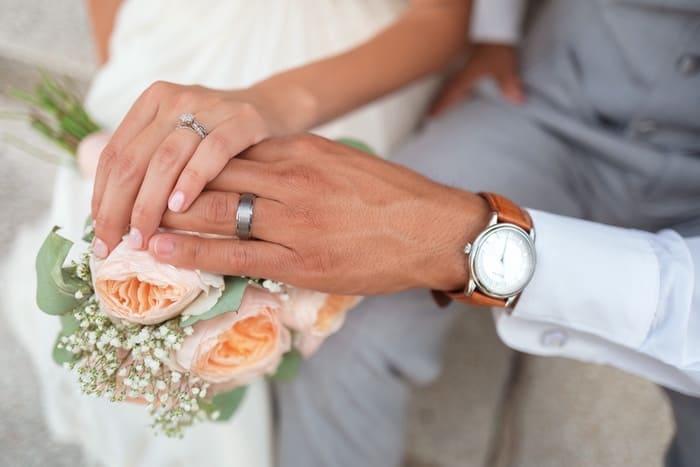 Questions Before the Consent

It establishes that the marriage is done of free will and consensually. The priest asks the couple about their commitment to loyalty, freedom of choice, and sometimes, the future responsibility of parenthood.

The bride and groom will proclaim their resolution to wed, which is important for the state to recognize the marriage and deem it legal. It is often where they say, “I do.”

The bride and groom may have their own vows ready where they state their promises and oaths to each other. It is an optional part since some couples forego exchanging vows.

The priest recognizes and acknowledges the declaration of intent of the couple. Another acclamation might follow depending on the ministry or pastor.

Blessing and Exchanging of Rings

The officiant will bless the wedding rings with holy water and a prayer. The husband will place the ring on the finger of the wife first before the wife puts the ring on her husband. Certain cultures don’t use rings and exchange coins or arras or a completely different tradition.

The officiant or priest will announce the marriage as official.

The Universal prayer or also called the General Intercessions or Prayer of the Faithful reads the short invocations that are dedicated to the bride and groom and their married life’s journey.

Everyone sings Our Father.

The bride and groom kneel in front of the officiant or priest who prays for the couple’s bountiful and successful married life.

The conclusion of a Catholic wedding ceremony without Mass is identical to those with Mass.