Can a Married Woman Be a Bridesmaid?

A wedding can change your entire life in just a day. But to make it as perfect as you want it to be, some small details should come together. Your bridesmaids play a big role in your wedding but there is one question that most brides find themselves asking. 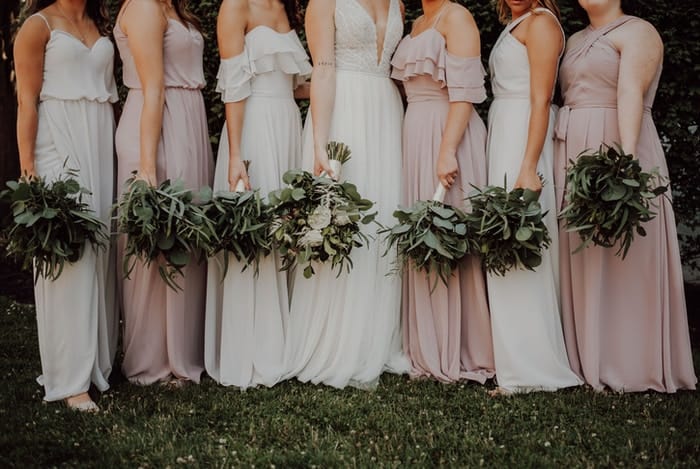 Can a married woman be a bridesmaid?

The good news is yes, married women can still be bridesmaids.

The belief that only unmarried women should surround a bride is nothing but ancient history unless all of your best friends are still unwed. This means that there is no reason for your married friends to not be a part of your bridal party.

Can Bridesmaids be Married?

Yes, you can have married bridesmaids.

Bridesmaids are often young ladies who are close friends or relatives of the bride irrespective of their civil status. Bridal attendants are another phrase that can also be used to refer to bridesmaids.

Girls who are still too young to get married can be chosen as junior bridesmaids as well. There are other cultures when junior bridesmaids are the ones who carry and throw flowers during the wedding processional. But this role is often delegated to the flower girl in most English-speaking countries such as the US. 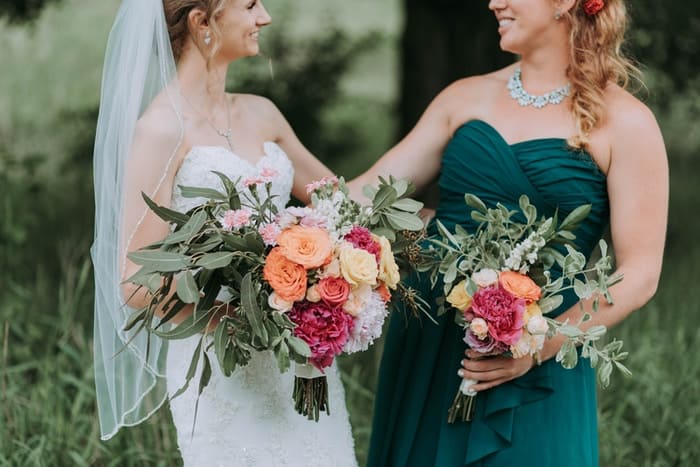 Short History of Bridesmaids All Over the World

The concept of bridesmaids likely started because of various factors including economic and social status, religion, size of the family, and more.

Among the oldest tales that touched the concept of bridesmaids goes as far back as Jacob’s story in the Bible. In the story, the two wives of Jacob came with their maids who were considered the first-ever bridesmaids. However, during that time, their role was only more than that of handmaidens than anything else.

Based on historical records, the bride and the bridesmaids both used to wear the same kind of dress with a veil covering their faces to ward off jealous suitors and evil spirits. Hoodlums or rival clans often kidnap brides during their weddings in the time of early feudal China.

It was the responsibility of the bridesmaids to offer protection for the bride. Dressed up in the same way as the bride, the main role of bridesmaids was to confuse the kidnappers so that the brides can still proceed with their wedding.

The law will then protect the bride after the marriage became legally binding. This changed the role of the bridesmaids to become a symbolic significance more than anything else. 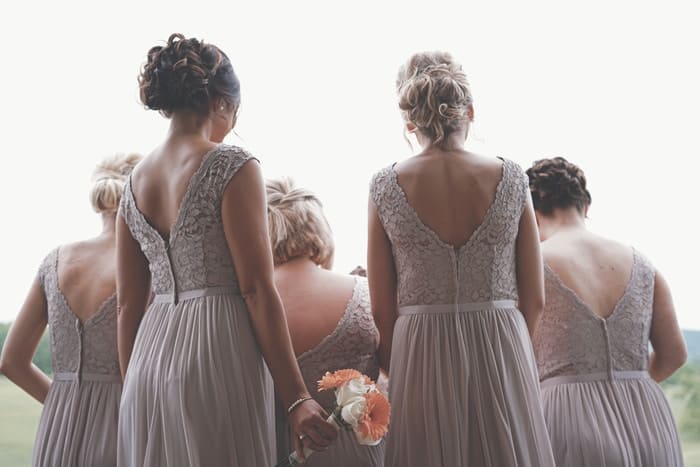 Implications of Choosing Married Women as Bridesmaids in the West

Don’t worry because there are no implications even if you choose a married woman as a bridesmaid in the West. Married women who are asked to be bridesmaids are still called bridesmaids in the different literature and programs.

For those who don’t want to use the term bridesmaid, the title can be changed to bridal attendants instead. It is up to the couple to decide on how they want to refer to their married bridesmaids.

Bridesmaids today are not just chosen only to offer emotional support because, at the same time, they also take part in the joy of the wedding rather than having specific purposes. It is also part of their role and responsibility to take care of the needs of the bride, from hosting bridal showers and bachelorette parties to choosing her wedding dress.

Marital status and age are not in any way relevant to the roles of modern bridesmaids, which means that these shouldn’t be an issue when looking for bridal attendants.

However, if there is one factor that you need to consider, it is if the married woman really wants to be a bridesmaid or if they would rather just attend the wedding as a guest together with her husband or partner.

There are instances when a married couple can be chosen as a groomsman and bridesmaid for the wedding that might be a great idea for both. When only one person out of the couple has been chosen to assist with the wedding, it is still a must to ask them if they are willing to spend some time away from their other half. After all, it is not a simple walk in the park to be a bridesmaid as it requires a significant amount of effort and time on their part. 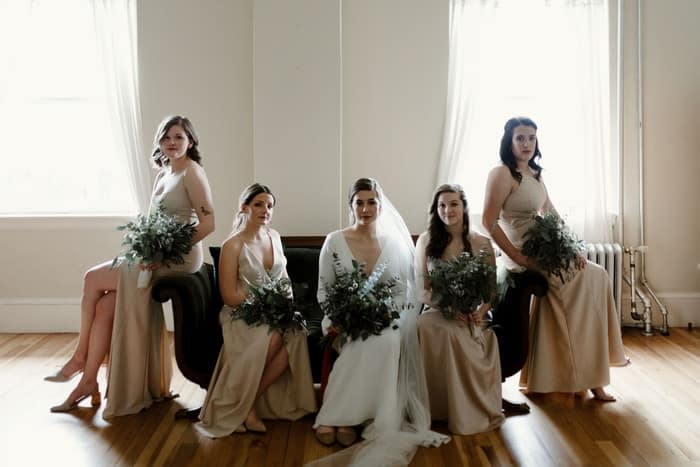 Are Married Women Also Chosen as Bridesmaids in the East?

Affluent families in ancient China had the tradition of offering single maids as a kind of dowry. They were also required to act as the mistress in the family. When the bride was not able to bear any children, it would be the responsibility of the maids to procreate with the groom.

This is why during that era, young women who were still unwed were the only ones chosen as bridesmaids. The archaic rule obviously no longer exists in modern China because most couples openly ask married women to be their bridesmaids.

In other Eastern countries such as India, the bridesmaid concept is still relatively new, and this is why women of all ages could be chosen to play the role of bridesmaids. This rule is also applicable in Japan since most weddings there have married couples as the groom or bridal attendants.

Bridesmaids have seven main responsibilities, and these are the following:

The support and presence of bridesmaids, unwed or not, is a must not only to ensure a successful wedding ceremony but also for the bride’s emotional wellbeing.